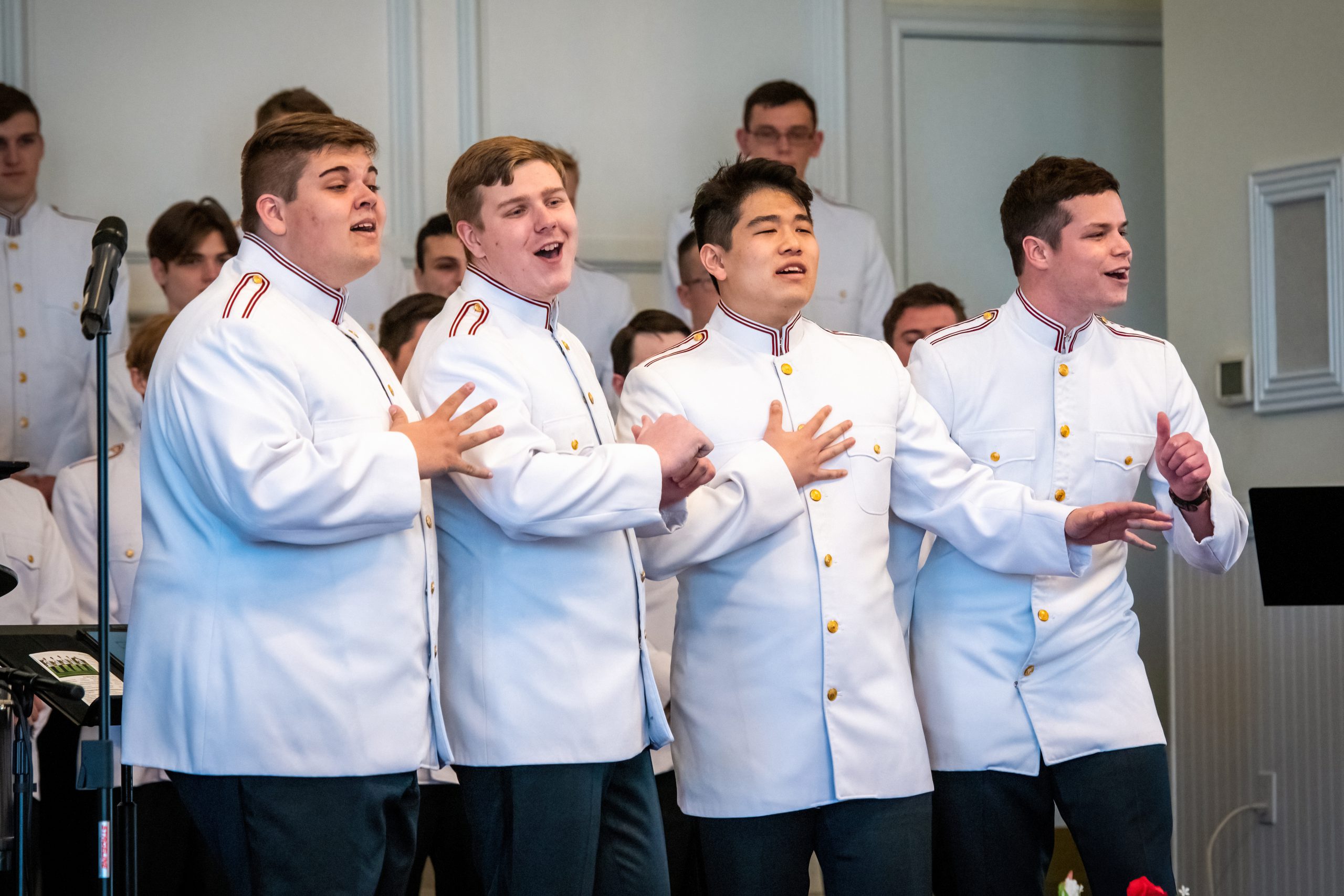 The Aggienizors are a barbershop quartet group within the Singing Cadets. This small vocal group is selected by audition at the beginning of every semester, as needed. Any current member of the Singing Cadets can audition. The Aggienizors normally have one or two pieces of music on all of our recordings, and perform at every tour concert, the Holiday concert, and annual Spring concert.

The history of a quartet within the Singing Cadets is a storied one. In the late 1940s, a quartet would perform classic barbershop ballads during Singing Cadets concerts. By 1951, a quartet called the Harmonaires would croon love ballads to their audiences, and according to G. Holman King ’55, “the sighs from the young ladies in the audience were audible. Swooning was still in vogue! And their appeal carried over to the more mature audiences as well. They were lady killers. As a Fish, it is fair to say that I was green with envy.”

The swooning quickly came to an end in 1959, when the first iteration of The Aggienizors was started due to the leadership of Al Meyer ’59.

In more recent times, The Aggienizors have competed in the International Collegiate Barbershop Quartet Contest through the Barbershop Harmony Society in July 2018 in Las Vegas, Nevada, and in July 2019 in Orlando, Florida.