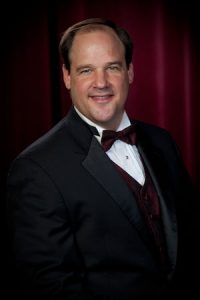 David L. Kipp is in his 28th year as Director of Choral Activities and the thirteenth director of the Texas A&M University Singing Cadets. Kipp uses his experience in musical theater, voice, and choral direction to help the Singing Cadets perfect music for its seventy-plus concerts each year. 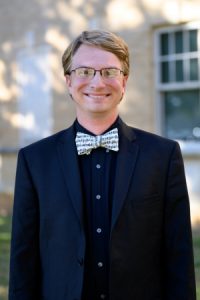 Bryce Reed is in his fourth year as the pianist of the Texas A&M University Singing Cadets. He accompanies the Singing Cadets for all rehearsals, concerts, and tours, and provides technological, photographic, and videographic support to Music Activities.

Mr. Reed received his Bachelor of Music degree in piano performance from Baylor University in 2016. He was a member of the Baylor University Men’s Choir under the direction of Dr. Randall Bradley for seven years beginning in 2012, an officer of the group from 2015 to 2019, and the accompanist for the Men’s Choir from 2016 to 2019. During his tenure as accompanist, Mr. Reed toured twice a year with the choir, including performances at the American Choral Directors Association (ACDA) Southwest Conference in 2018 and the ACDA National Conference in 2019 in Kansas City. He also traveled internationally with the group and the Center for Christian Music Studies at Baylor on seven mission trips and served on the leadership teams for those to Kenya in 2017 and 2019 and Malaysia in 2018.

Mr. Reed has also worked both as the music director for St. Francis Episcopal Church in College Station, Texas, and the accompanist for the Brazos Valley Chorale, a local community choir, since 2021. He continues to freelance in photography and videography, with a focus on college students and the arts.