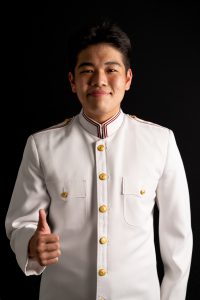 Interesting Fact: XiaoLongBao is a round, plump, Chinese steamed dumpling. It is usually served in a bamboo basket with a layering of lettuce or cabbage under it to prevent the dumpling from sticking. The XiaoLongBao itself is a relatively small roll of juicy dumpling meat surrounded in steamy soup and encased in a thin sheet of dough. The servings usually come in sevens, and I would definitely recommend it to anyone. Inter*sting facts about me include that I have an uncle who is only a year older than me, and I own a ball python snake.